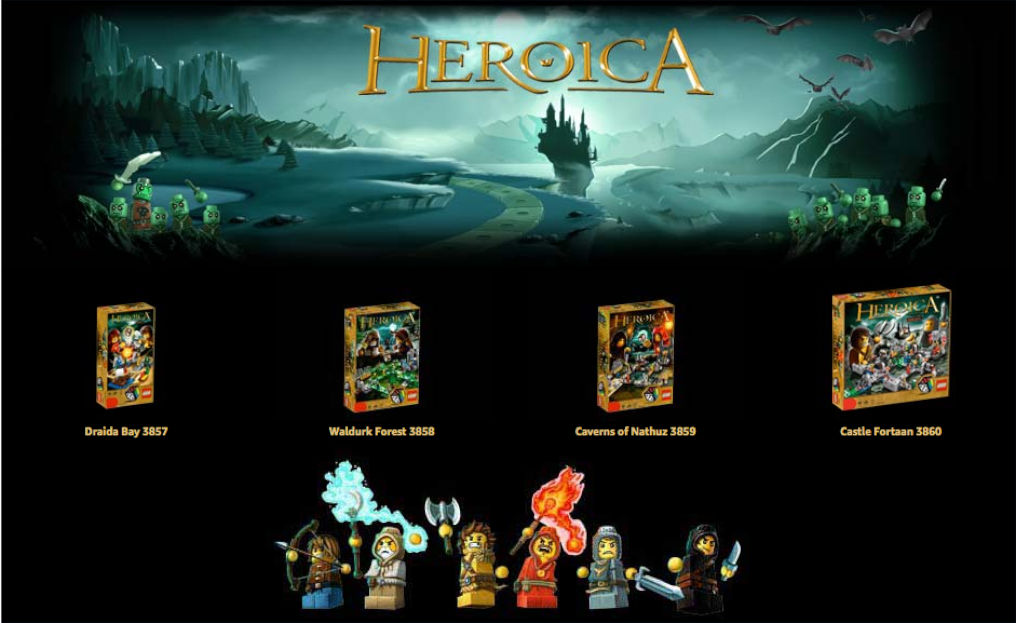 Caverns of Nathuz 3859 is one in a series of exciting HEROICA LEGO adventure games. Build the cavernous scene with unique LEGO bricks, setting the stage for your heroes. Roll the buildable LEGO die to travel the course, battle monsters, seek treasure, and complete the mission. Play Caverns of Nathuz on its own or combine it with other HEROICA game locales for an epic experience. This expandable role-playing adventure game is designed for two to three players.

callout top with logo
Caverns of Nathuz
At a Glance: 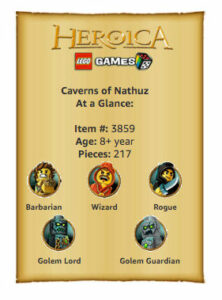 The game is designed for two to three players, so you can enlist friends to join the effort.

Build the Scene and Begin the Battle
It wouldn’t be LEGO if you didn’t begin by creating your world. Build Caverns of Nathuz from scratch using the included 217 pieces and building instructions. Then roll the buildable LEGO die to send your heroes down the path, repel your enemies, and take on the Golem Lord to claim his coveted treasure. Game play lasts 10 to 15 minutes.

Experience the Dramatic HEROICA Adventure Series
Caverns of Nathuz is just one game in the HEROICA LEGO adventure series. You can play it by itself or combine it with other sets to create an even greater escapade. Other adventures in the HEROICA series are Castle Fortaan, Draida Bay, and Waldurk Forest.

From the Manufacturer
Deep inside the Caverns of Nathuz, the Golem Lord has discovered an ancient artifact and is using it to create his own army of monsters. You must fight your way into the caves, but can you recover the Sceptre of Summoning? Every Heroica game is a unique adventure to build and explore, with new heroes, monsters, weapons and treasure. The Golem Lord is hiding in the Caverns of Nathuz. An expandable world of adventure for 2–3 players. Collect them all combine all or 1 other Heroica game (3857, 3858, 3860). Contents 217 LEGO pieces, rules booklet, poster, building instructions.

The Golem Lord is hiding in the Caverns of Nathuz. Become a hero, and join the battle to free Heroica. 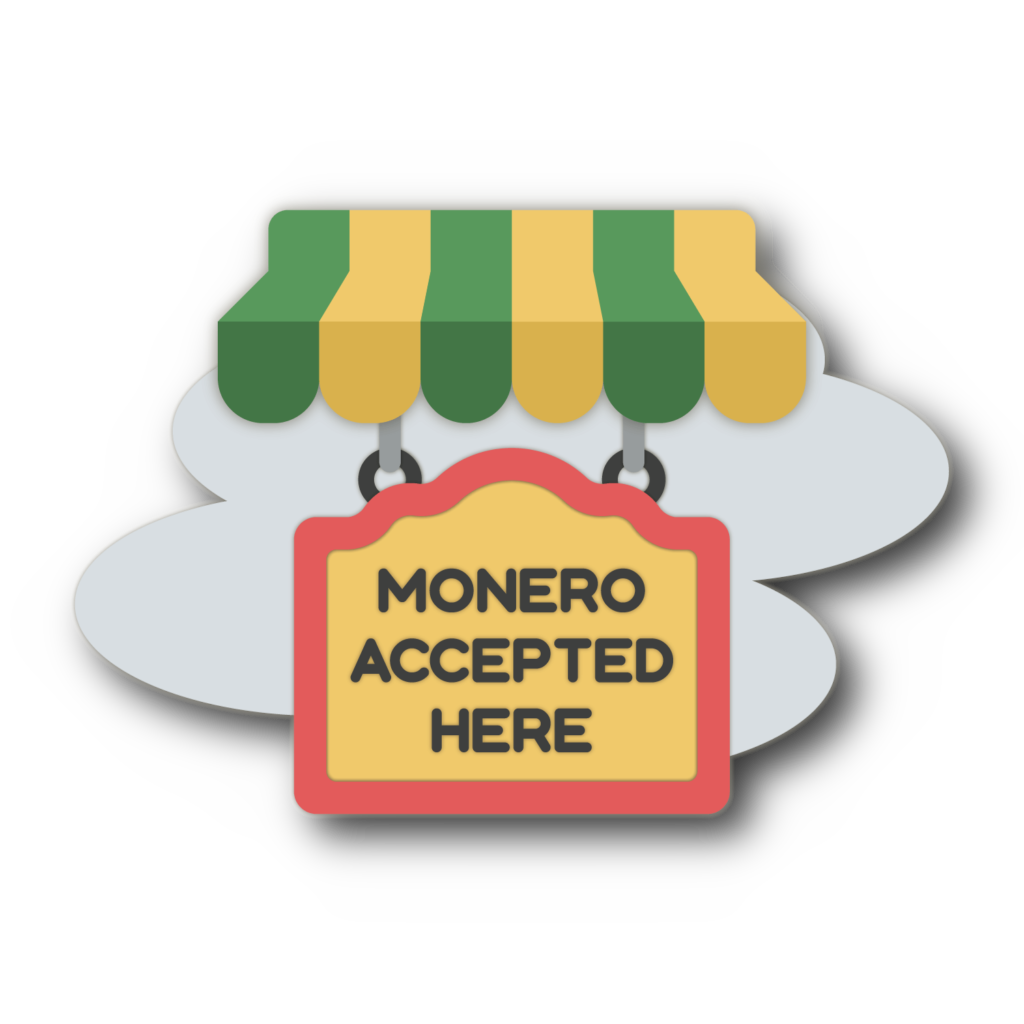 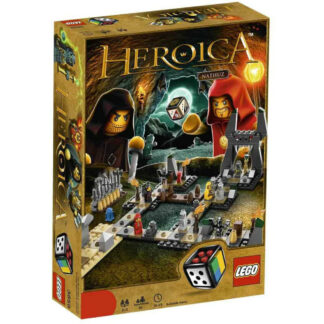